Little Mix star Leigh-Anne Pinnock was granted restraining order against Terroll Lewis who slapped her in a restaurant.

Bodybuilder and ‘lifestyle vlogger’ Terroll Lewis has been given a restraining order banning him from making contact and coming within feet with Little Mix’s Leigh-Anne Pinnock for three years.

Terrol claimed he had meant to ‘push Leigh-Anne’s face’ but slapped her by accident when she moved away. 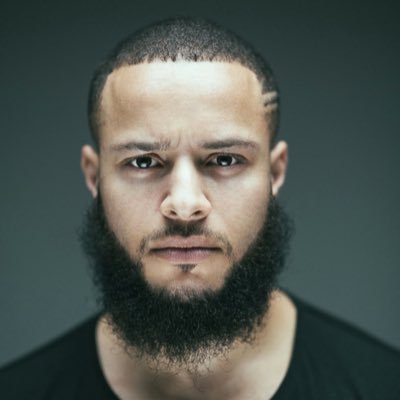 As well as the court order, he was given an electronic tag and ordered to pay £625 in costs, £200 in compensation and an £85 court surcharge, according to The Daily Star.

District Judge Robin McPhee said to Lewis: ‘You had gone over to the table, the conversation had clearly taken a turn you didn’t like. You used your size to intimidate and then slap her.

‘I am aware that because of her position as a member of a particular pop group she is more vulnerable to approaches from members of the public.
‘You were no more than a member of the public who had gone over to engage her in conversation.
‘There was an argument. Clearly your temper got the better of you on this occasion.

‘Miss Pinnock is entitled to go out in public and eat in a restaurant without being molested in the way that you did on this occasion. We need to prevent that from happening for the foreseeable future.’
In November 2016, Leigh-Anne was having a meal with her friend Grace Davies when Lewis approached them and claimed they would ‘feel really intimidated’ by his girlfriend if she were present.
Lewis used to date fellow vlogger Nakita Johnson, but the pair split up in July.

Announcing the break-up on Instagram, Nakita said: ‘I do think we both deserve to be happy and even if it’s not with each other, that’s OK.

‘Fairy tales do exist, and love always wins so despite this chapter being over, I’m excited to see what else God has planned.’

In May 2014, Lewis told the BBC how serving time in prison helped him turn his life around.
He founded Block Workout, which reaches out to troubled young people through health and fitness.
Lewis said: ‘Seeing a lot of these youths training, you see their character change. Not only their physique but their character. They’re more polite now, they’re attitude changed. I love seeing that. I love seeing the change in people.
‘You take that mindset and apply it to your life. It’s that mindset of never give up.’